Overall Rating: Not yet rated / 5

For higher income taxpayers, over 4 million pay more than the base amount of Medicare premiums each month, or the Income Related Monthly Adjustment Amounts (IRMAA) which is based on an individual’s tax return two years prior. IRMAA, thus, is effectively an additional tax. For 2023, the IRMAA “tax” ranges from an additional $937 to more than $5,000 per year for an unmarried retiree and double those amounts for a married couple where both have Medicare.

In "How Social Security Benefits Taxation and IRMAA Raise Marginal Tax Rates in Retirement" by Greg Geisler, you will:

This on-demand webinar is a recording of a recent live webinar. Check our WEEKLY REBROADCAST SCHEDULE where there is no need to take the online quiz to receive CE. You may also take this on-demand course any time for 1 hr CFP®, CRC®, and other Continuing Education Credit when you pass the online quiz.

Greg received his PhD from University of North Carolina-Chapel Hill, is a Clinical Professor of tax accounting at Indiana University-Bloomington. He teaches a course called “Income Tax and Individual Financial Planning.”

At his previous university, he was awarded the only 2017 Chancellor’s Teaching Excellence Award.

He has been quoted in the Wall Street Journal and many times in the financial press and on newscasts.

Invest in Your Retirement Expertise.

We are a CE Sponsor with the CFP Board of Standards and the professional development partner of the International Foundation for Retirement Education (InFRE).

We will report your CFP® and/or CRC® credit (no additional reporting fee). Please add your ID at checkout. You are responsible for reporting all other certification CE credit.

Do you need more than three hours of CE?

Then become a Subscriber!  Just notify us that you want to become a subscriber within 10 days of course purchase to apply the cost of your individual cost to a new subscription.

Not familiar with on-demand courses?
We help you be sure you’re comfortable navigating our on-demand system. Just contact customer service by email anytime or by phone at 847.686.0440 x105 during eastern time regular business hours. 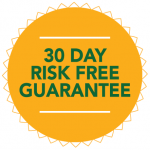 Your satisfaction is guaranteed. We know you will be pleased with your purchase of any of our courses or subscription products. If, however, you are not completely satisfied, just notify us within 30 days of your purchase to receive a full refund of your fee.